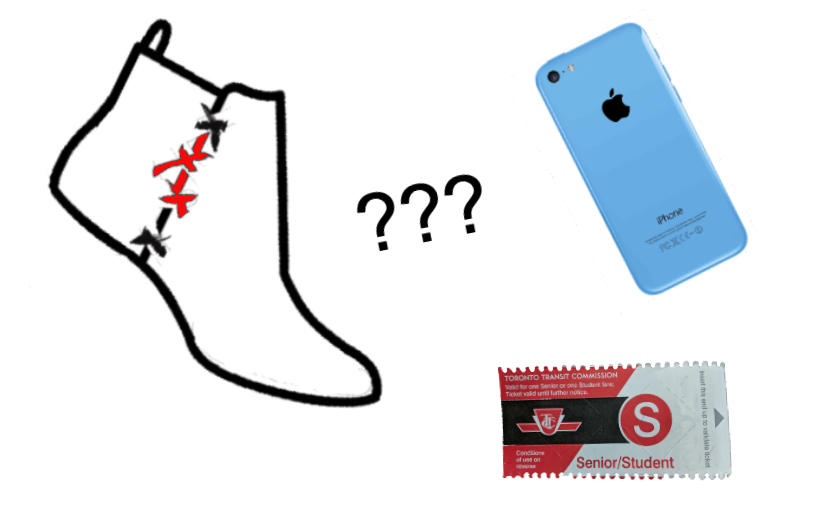 I want to share with you a small story that happened to me a couple of years ago, that taught me a valuable lesson.

I was just having one of those days…

I remember I was on campus having one of those days. Everything was a mess: I had a horrible shift at a job I hated, I had class and I really embarrassed myself during its lab. To make this all worse, as I was walking from work to school, the zipper in my boot broke, so I was walking around downtown with half my boot flapping around. So embarrassing.

I thought my day couldn’t get worse, I reached to grab my phone to check the time and I couldn’t find it.

At this point I was on the verge of tears. I’m too cute for this, I thought. I checked all my pockets, my backpack, I still couldn’t find it. I’m someone with a very short tolerance for this kind of stuff, I didn’t even care about finding my phone (it was a broken up 5c lol) I just stormed to the subway station, paid my fare, and went to wait for the train home. I was so fed up, all I wanted was to just go home and forget about the day.

As I was waiting for the train, I realized something: I forgot to pray Asr. I had a whole hour commute ahead of me, by the time I got home it would be Maghrib. The train arrived, I contemplated for a moment, but I thought, “I’ll just miss Asr, I already payed my fare, and I’ve had too horrible of a day”

I get on the train, and as I was riding the subway, I thought to myself, subhanallah, do I only pray when it’s convenient? When all things are good I can do what is expected of me, but as soon as it doesn’t benefit me it goes out the window? I felt a wave of shame and I got off the next stop, and walked back to school to pray (with my boot still flapping).

While I was making wudu my boot fixed. I don’t know how because the zipper was jammed completely. I went to go pray and I bumped into a friend. We said hi to each other, then she asked me where my phone was. I thought that was a weird question, but I told her I lost it, and she said she has it, she told me to follow her.

As we were walking she told me how she got it: Some random girl found my phone in the bathroom. It was locked but I had a snapchat notification from my cousin on my screen.

This girl adds my cousin on her snapchat, messages her, and lets my cousin know she has my phone (it was also about to die, so she charges it). My cousin then finds one of my friends on instagram, DMs her about the situation. My friend happened to be on campus, so my friend goes and picks it up for me. She said she was planning on messaging me on facebook.

All of this was going on for me and I had no idea. I went back to the same subway station, my boot fixed, my phone charged, and with such a smile on my face, my mood changed 180 degrees. I swear, the moment you start to put Allah first, things will just start to work out for you. This is a small example of that.

That 2$ bus ticket I was thinking might go to waste, instead was a ticket that taught me a quick lesson I will never forget.